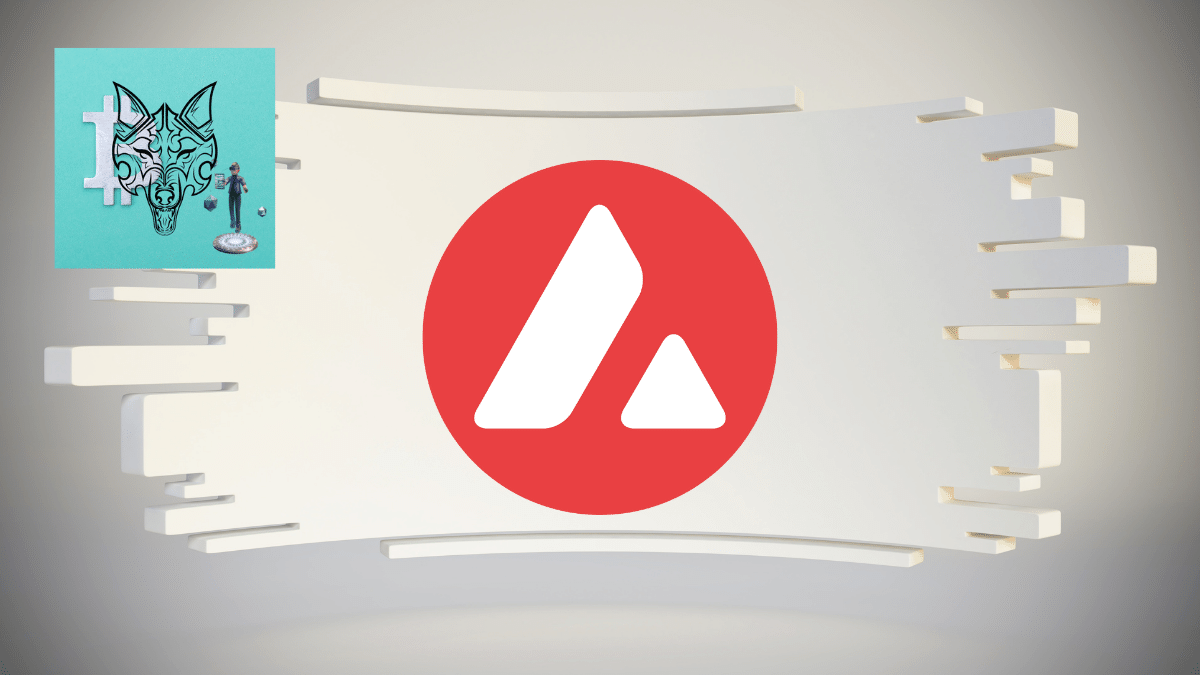 Welcome to the latest edition of Cointelegraph’s decentralized finance newsletter.

For many years, Ethereum and XRP held the second and third-ranking spots in the crypto market. Read on to discover how wXRP will integrate into Ethereum to expand its utility to smart contracts.

What you’re about to read is the smaller version of this newsletter. For the full breakdown of DeFi’s developments over the last week, subscribe to our newsletter below.

According to the official blog post, the smart contracts platform will deploy the funds across a panoply of sectors, including “equity investments, token purchases, various forms of technology, business development and ecosystem integration support,” all of which will be overseen by an expert field of fund managers.

The fund, known as “Blizzard,” has been contributed to by an impressive list of participants from the DeFi space, including Ava Labs, Polychain Capital, Three Arrows Capital, Dragonfly Capital and CMS Holdings, among others.

Emin Gün Sirer, director of the Avalanche Foundation, shared his perspective on the recent growth of the project, as well as the potential implications for Blizzard:

“The last two months have shown incredible growth across Avalanche, with users, assets, and applications joining the community in record-highs. Blizzard will play a key role in further accelerating this growth, and solidifying Avalanche’s position as the premiere home for projects and people pioneering the next era in our space.”

wXRP to launch on Ethereum blockchain

Wrapped XRP (wXRP) is expected to launch on the Ethereum blockchain in December, facilitated by multichain platform Wrapped.com. The integration will enable Ripple (XRP) holders to deploy smart contract functionalities of lending, borrowing and swapping for the first time in its history.

Wrapped tokens are digital assets stored in a vault on a separate blockchain and equally pegged to the value of another asset. For instance, Wrapped Bitcoin (wBTC) operates on the Ethereum blockchain. Therefore, wXRP will have a one-to-one exchange ratio to XRP, with the custody provided by insured provider Hex Trust.

In a tweet on Monday, Ripple chief technology officer David Schwartz advocated for a multichain, interoperable approach in the crypto space:

Wrapped XRP is coming to Ethereum! Great news for those that want to access XRP within Ethereum wallets, DeFi, and smart contracts.

It’s a multichain after all. https://t.co/36shyqF0Nj

Blockchain firm AllianceBlock announced a partnership with Flare Network this week to advance the capabilities and interoperability of the two platforms within the DeFi space.

The long-awaited launch of Flare Network, and its corresponding FXRP token airdrop, is expected to bring Turing-tested smart contracts functionality to the Ripple network by integrating the Ethereum Virtual Machine.

Commencing with XRP — due to its partnership connection to Ripple — the platform will also offer Dogecoin (DOGE), Bitcoin (BTC), Algorand (ALGO) and Stellar Lumens (XLM) before reportedly branching out to all native layer-one blockchains.

Rachid Ajaja, co-founder and CEO of AllianceBlock, spoke to Cointelegraph about the regulatory potential of the platform:

“With increased interest from traditional finance in DeFi, AllianceBlock’s regulatory and compliance layer will allow traditional institutions to access opportunities in DeFi in a variety of ways, such as creating compliant, tradeable certificate wraps out of liquidity mining tokens, yield farming or NFTs.”

Analytical data reveals that DeFi’s total value locked has increased 4.62% across the week to a figure of $167.42 billion.

Analysis and hot topics from the last week:

Thanks for reading our summary of this week’s most impactful DeFi developments. Join us again next Friday for more stories, insights and education in this dynamically advancing space.

How Zam.io is Reshaping Crypto Investing and the CeFi World

Coinbase Wallet is now available as a standalone browser extension

Cryptegrity DAO (ESCROW) is Now Available for Trading on Hotbit

To increase trust and protect the funds of buyers and sellers, Cryptegrity DAO (ESCROW) has introduced a means to trade crypto for goods and services without fear of theft or services not rendered, providing Security via smart contract technology. Its native token $ESCROW has been listed on Hotbit Exchange at 07:00 AM UTC on January 27, 2023, to expand its global reach further and maintain a secure and reliable platform for the exchange of goods and services using crypto.

Cryptegrity is a blockchain-based platform that aims to increase trust between buyers and sellers of goods and services. The platform utilizes smart contract technology and cryptographic techniques to ensure transactions’ integrity and funds’ security.

Cryptegrity’s web3 platform offers transparency and peace of mind that is impossible with traditional web2 competitors. Buyer funds are locked in an audited smart contract and released to the seller only when goods are received or services are rendered. This ensures that buyers and sellers can have confidence in the security of their transactions and reduces counterparty risk.

25% of revenue is distributed to $Escrow holders in real-time through smart contract technology. This revenue sharing continues for the lifespan of the platform or until all tokens are repurchased from public circulation. The Cryptegrity platform incentivizes the community and holders to help create liquidity and earn rewards by offering $Escrow for creating $Escrow LP pairs and staking them. Additionally, the Cryptegrity DAO rewards participants for contributing and resolving issues on the platform.

In conclusion, Cryptegrity is an innovative platform changing our thoughts about online identity verification. With its cutting-edge technology, user-friendly interface, and listing on Hotbit, this project is poised to make a big impact in the industry.

The Escrow Token serves dual purposes: it distributes platform fees to Token holders via revenue sharing and functions as a governance token with voting rights in the Cryptegrity DAO. It is the native token of the Cryptegrity Platform and is built on the Bep-20 and Erc-20 standards.

ESCROW has a total supply of 100 million tokens, with the following allocation: 10% to founders, 10% to the team, 10% for marketing and development, 10% for promotions, 10% for partnerships, 10% for liquidity for future DEX and CEX, and 40% available for sale to the public.

The ESCROW token is now available for trading on Hotbit Exchange starting at 07:00 AM UTC on January 27, 2023. Investors can easily buy and sell the token in relation to the Cryptegrity Project. The listing on Hotbit Exchange will aid in expanding the project’s reach and increasing market attention.

Founded in 2018 and holding Estonian MTR license, American MSB license, Australian AUSTRAC license, and Canadian MSB license, Hotbit cryptocurrency exchange is known as a leading trading platform that continues to develop and integrate various forms of businesses such as spot trading, financial derivatives, cryptocurrency investment and DAPP into one platform. Hotbit has already gained over 8 Million registered users from more than 210 countries and regions. Based on its globalized and unified strategies, Hotbit continues to focus on world’s emerging markets, such as Russia, Turkey and Southeast Asia markets and was ranked one of the top 3 most welcomed exchanges by Russian media in 2019. Hotbit is constantly introducing and listing high-quality crypto projects so its users can directly trade, manage, track, and analyze cryptocurrencies, making the entire experience easier for ordinary people.

“If demand for trading on the FTX platform increased, demand for the FTT token could increase, such that any price increase in FTT would benefit holders of FTT equally and in direct proportion to their FTT holdings,” the SEC wrote in its complaint. “The large allocation of tokens to FTX incentivized the FTX management team to take steps to attract more users onto the trading platform and, therefore, increase demand for, and increase the trading price of, the FTT token.”

A new report shows that the fallen crypto exchange FTX had already caused concerns with the Australian regulator months before its collapse. According to a document on The Guardian Australia’s website, the ASIC (Australian Securities and Investments Commission) started investigating the firm’s local operation last March.

An article in the Australian Financial Review prompted the concerns. The article outlined the now-bankrupt exchange’s plans to launch in Australia within a few weeks. FTX caused more concerns when rumors that it would allow users to purchase cryptocurrencies with margin loans of 30 times their investment started making rounds.

In early April 2022, several Australian regulators held meetings with FTX leadership, and at that time, the exchange promised to operate under the stipulated while cautioning its customers about potential scams. However, the regulators somehow remained concerned about the FTX business.

In a span of four months, the ASIC had issued about four notices to FTX’s Australian subsidiary, requesting more information about its business operations. However, to avoid interfering with its law enforcement activities, ASIC did not issue the notices via a freedom of information request.

The Guardian Australia’s briefing document released on November 12, 2022, a day after FTX had filed for bankruptcy, indicates that, indeed, the ASIC had been carrying out what’s described in the document as a ‘surveillance activity’ on the fallen exchange since last March.

The document stated that since March 2022, the Australian regulator has been requesting information from FTX Australia regarding its financial offerings. Among the issues raised included the firm’s compliance with the ASIC’s product intervention order alongside pricing and how it registered new users.

It has been discovered that FTX Australian began its operations without ASIC’s approval because it evaded the usual licensing procedures by buying out an existing firm that had possessed an Australian Financial Services License since 2021.

Another revelation shows that IFS Markets, the company acquired by FTX, had also gotten the license by taking over another financial firm called Forex Financial Services a few months earlier.

Tokenhell.com produces top quality content exposure for cryptocurrency and blockchain companies and startups. We have provided brand exposure for thousands of companies to date and you can be one of them too! All of our clients appreciate our value / pricing ratio. Contact us if you have any questions: info@tokenhell.com. Cryptocurrencies and Digital tokens are highly volatile, conduct your own research before making any investment decisions. Some of the posts on this website are guest posts or paid posts that are not written by our authors (namely Crypto Cable , Sponsored Articles and Press Release content) and the views expressed in these types of posts do not reflect the views of this website. Tokenhell is not responsible for the content, accuracy, quality, advertising, products or any other content posted on the site. Read full terms and conditions / disclaimer.