The NFT market is up and down. I think people are getting over the NFT market. Although it may drive the future of crypto growth, it is taking a break now.

Coinbase stores 12% of the worlds’ total crypto according to its CFO.

OpenSea community does not work the company to IPO.

Shiba trend has dropped as its Google searches fall 92% since October.

CBDCs in Europe trial has been successful in France and Switzerland.

CFTC commissioner wants more clarity due to Crypto regulation enforcement. There is a power struggle between the SEC and CFTC.

Crypto CEOs are testimonies in Congressional hearings. The government starts to pay more attention to the crypto industries.

Cardano testing ERC-20 converter with AI tokens. Cardano may lead the technology advancement in the future.

Thanks for reading and see you tomorrow!

Promotion here if you want to check it out:

Crypto Is Getting Real

Ethereum Drifts Sideways And Struggles Below $1,300

Ethereum (ETH) price has continued to bounce between the moving average lines. The uptrend has been blocked by the high at $1,300.


The price of the cryptocurrency has already tested this level three times, but has not yet been able to break through it. The price of Ether is moving sideways below the barrier. The largest altcoin is trading in the overbought zone of the market


The overbought condition of Ether has made it difficult for the price to move higher. However, in a strongly trending market, the upward movement will resume. If the bulls can break through resistance, Ether will rally above the 50-day simple moving average (SMA). However, as long as the moving average lines are intact, Ether will move within a certain range.


In the 14th period, Ethereum has risen to the value of 42 in the Relative Strength Index. Ether is in a bearish trend zone and could fall further. The price bars on the daily chart are between the moving average lines, indicating a likely range-bound move for the cryptocurrency. The largest altcoin has reached the overbought zone of the market. It is above the stochastic value of 80 on the daily chart. 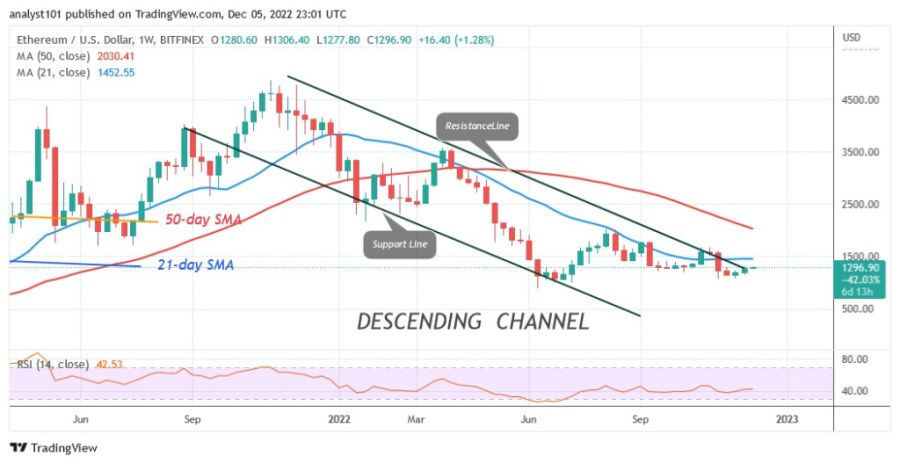 
What is the next direction for Ethereum? 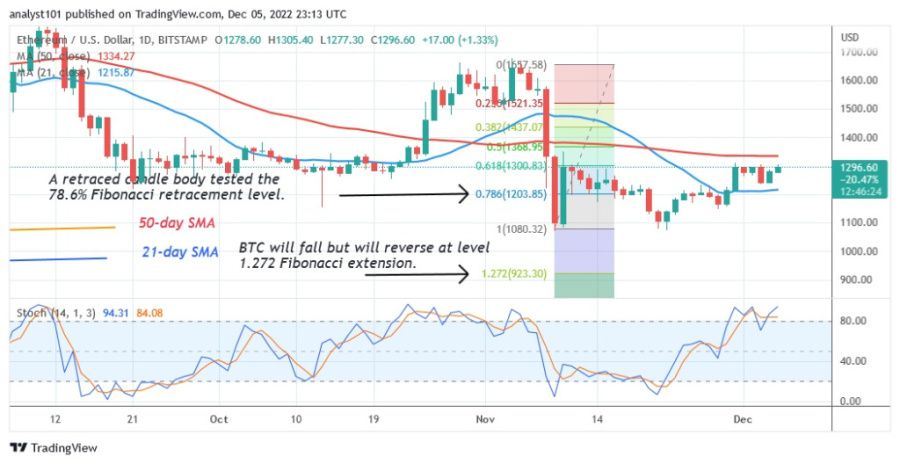 Disclaimer. This analysis and forecast are the personal opinions of the author and are not a recommendation to buy or sell cryptocurrency and should not be viewed as an endorsement by CoinIdol. Readers should do their research before investing in funds.

This Western PubG Game Mode Is So ADDICTING! – CryptoStache

This Western PubG Game Mode Is So ADDICTING!

I jump into disguise and head out on a mission to play GRIT!

Join Secret Agent ‘Stache for TOP SECRET THURSDAYS with guests from the team and Agent Riz holding it down at Crypto Intelligence Agency (CIA) headquarters.

In GRIT’s Wild West, the fastest draw isn’t always enough to make sure you’re the one riding off into the sunset. Meet other players on the dusty plains or at high noon on the streets of a frontier boomtown. Run and gun, or hijack the last train out of town – but remember, sometimes there’s no running from the coming calamity.

TALK WITH ME IN DISCORD: https://discord.gg/dyQbnKK

Bitcoin has had its worst year to date, and Warren Buffett – the billionaire investor and CEO behind real estate giant Berkshire Hathaway – is laughing in all our faces right about now.

Buffett has never supported bitcoin. In fact, he’s said some rather negative things about it. Discussing crypto assets in 2018, he said:

They will come to a very bad ending.

He also made it clear that he had no intention of owning any form of crypto, stating in early 2022:

If you… owned all of the bitcoin in the world and you offered it to me for $25, I wouldn’t take it.

In the long run, Buffett doesn’t see much value to BTC and claims it’s not a productive asset. In the year 2020, he stated that cryptocurrencies do not have any real value in that they don’t lead to any serious returns. He mentioned:

They don’t reproduce, they can’t mail you a check, they can’t do anything, and what you hope is that somebody else comes along and pays you more money for them later on, but then that person’s got the problem.

He also said he doesn’t see crypto as money given many companies are not accepting it as a method of payment. Buffett added to his 2020 words with:

I don’t have any bitcoin. I don’t own any cryptocurrency. I never will.

The idea of bitcoin not serving as money first came from him in 2014. In an interview, he stated:

It does not meet the test of a currency. It is not a durable means of exchange. It’s not a store of value. A check is a way of transmitting money, too. Are checks worth a whole lot of money just because they can transmit money?

While it may be safe to assume Buffett knows a lot about money and investing, it would be wrong to think he knows everything, and perhaps bitcoin is simply an asset he’s not understanding. This has been suggested by analysts in the past, though to be fair, Buffett has largely been successful because he has stuck to investing in things he knows and comprehends. He mentioned:

I get in enough trouble with things I think I know something about. Why in the world should I take a long or short position in something I don’t know anything about?

He says that one of the reasons investors get into trouble most of the time is because they like to gamble and take too many unnecessary risks. He commented:

If you don’t understand it, you get much more excited than if you understand it. You can have anything you want to imagine if you just look at something and say, ‘That’s magic.’